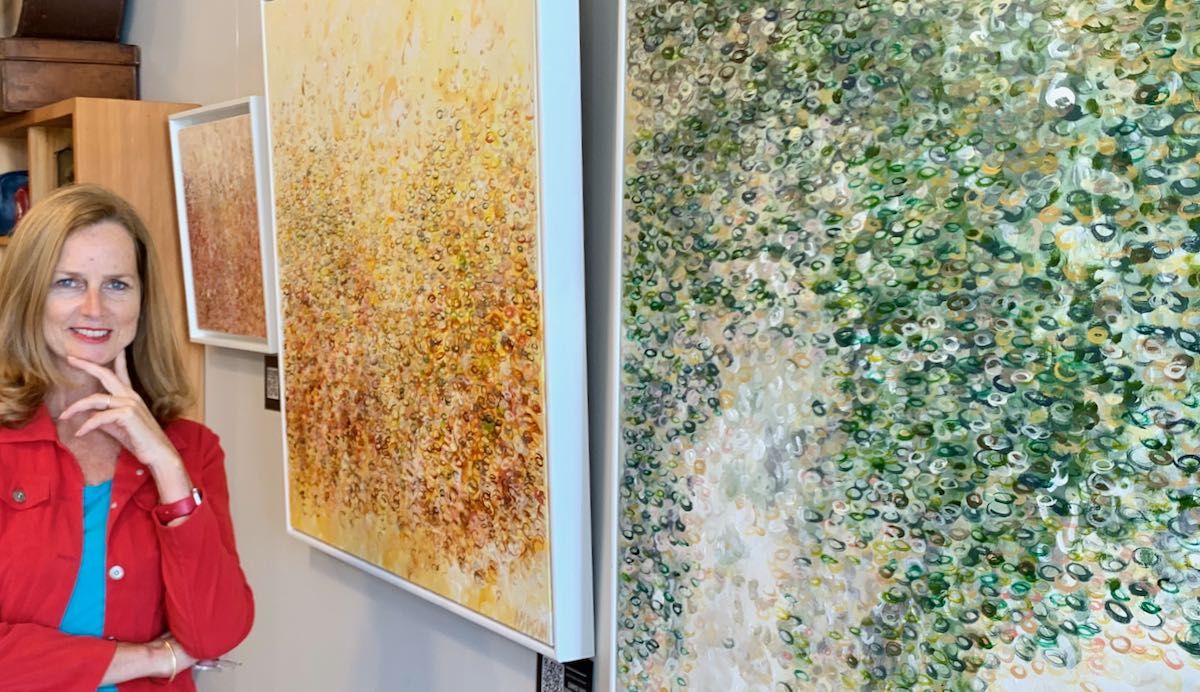 Current contemporary art in Australia has been greatly influenced by indigenous art. Yet as Europeans began to arrive in Australia so did their drawing, painting and art. Originally much of the visual representations were generally scientific in nature, designed to explain a strange distant land to Europeans. Joseph Banks as the botanist on the James Cook voyage to Australia was one of the first to document the incredible fauna and flora of Australia.

“While they were in Australia, Banks, Daniel Solander, and Finnish botanist Dr Herman Spöring Jr. made the first major collection of Australian flora, describing many species new to science. Almost 800 specimens were illustrated by the artist Sydney Parkinson and appear in Banks’ Florilegium, finally published in 35 volumes between 1980 and 1990. Notable also was that during the period when the Endeavour was being repaired, Banks observed a kangaroo, first recorded as “kanguru” on 12 July 1770 in an entry in his diary”

Most artwork around this time is of Australia’s distinctive flora and fauna. So foreign were many of the paintings that they were often regarded with skepticism; many thought that botanical illustrator Sydney Parkinson’s drawing of a platypus was a joke or trick.

More whimsical paintings were by foreigners trying to find meaning in the strange landscape. They especially liked to play with light, since Australia’s natural light was significantly different to European lighting. However as Europeans they struggle to capture the essence of what is Australia.

John Lewin and John Glover were both artists during this time. John Lewin’s 1808 painting Platypus is one of the most celebrated pictures of the early colonial period. John Glover, meanwhile, was among the first to capture broad Australian landscapes. I remember looking at one of his works as he struggled to capture the ‘strangeness’ of the eucalyptus. The tree trunks some how flowing…

I would argue that the visual beauty and variety of the landscapes of Australia have influenced most contemporary artists. The largest ‘sky’ the most alluring light has captured many an artist imagination.

My painting too seeks to understand and capture the light, colour and movement of the Australian landscape. Contemporary art throughout Australia needed to go on this long journey of discovery.

Australian Art featuring Red. Red is the colour of passion, spice and drama. It is hot, alluring and seductive. But it is also the colour of childhood delight a simple primary colour that is rich and warm. One fo my favourite films as a child is of  the French child's...
Read More

Abstract Australian Art in Pink Perhaps to be pretty is to be ‘happy’, or at least joyful. Having a sunny disposition, a positivity outlook and being content may well in fact create ‘prettiness’. "I believe in pink. I believe that laughing is the best calorie burner....
Read More

While some say that orange paintings ‘are just too much’, I believe it is about bringing the outback into any space. To remind ourselves of the vastness of the Australian continent island. The red dirt of the desert is like a vast vista of pigment itself. “The moon is...
Read More

Brilliant Australian Artworks Yellow, how I love you. Always have always will. Oh, my favourite colour has always been yellow. Since I was a little girl it represented to me joy, laughter, play, flowers, everything that was beautiful in the world for me came from...
Read More

Living in green. "Green how I want you green. Green wind. Green branches."Federico García Lorca, Spanish poet and playwright, 1898–1936 The green planet, the blue planet, green, wherever we see the gardens, the outdoors, the bush, the rainforest… Green equates to...
Read More

Contemporary Art - Blue Indigo, navy, or cobalt – no matter what shade of blue it always inspires. Blue is the basis of so many of my contemporary artworks. Inspired by water, sky, oceans, and rivers. Let the blue sky meet the blue sea and all is blue for a time....
Read More

Contemporary Art - Purple Contrasting purple or should I say violet which is it’s name as it appears in the colour spectrum. "Violet has the shortest wavelength of the spectrum. Behind it, the invisible ultraviolet. Roses are Red, Violets are Blue. Poor violet,...
Read More

Nothing basic about black

Contemporary Art - Black Black. I rarely use black in my artwork however I have found some exciting paintings when I black as the canvas gesso. Building the colour, stroke by stroke until the painting emerges. Black is so final, or unforgiving so I am very respectful...
Read More

Grey is a colour to contrast “The color of truth is grey” Andre Gide, French author and winner of the Nobel Prize in Literature, 1869-1951 Grey is not a colour that I use often in my pallet, it usually has some other tones, whether that be green or blue, but pure...
Read More

White is the colour of life

Contemporary Art - White "If colours were people, it, white, would be admired, but it probably wouldn't be popular. It is just a little too exclusive, autocratic and neurotic," Kassia St. Clair, author of The Secret Lives of Colours 2016.  The subject of constant...
Read More
Quintessential Australian. The unique colour palet 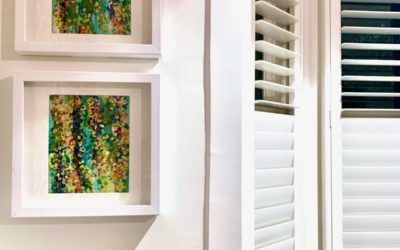 My miniature series I wanted to come up with a series of Australian contemporary art that would be affordable and available for people at home… And I love what I have achieved. Inspired by a conversation with a design colleague of mine she challenged me to do...

The Australian deserts are a wealth of inspiration and ‘raw pigments’ to many artists. Artists have been inspired by the desert, outback and landscape of this vast continent literally since time began. One of my loves when studying art was learning and understanding... 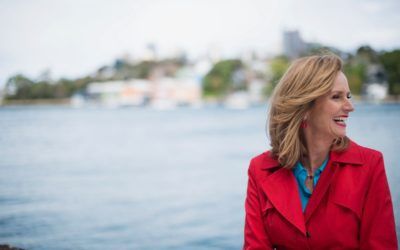 Support for Local Artists The art community has been hard hit by the ongoing lockdowns in various states and at various times throughout Australia. Yet we know that DIY and home renovation is in growth as people spend more time at home, and have time to appreciate all...