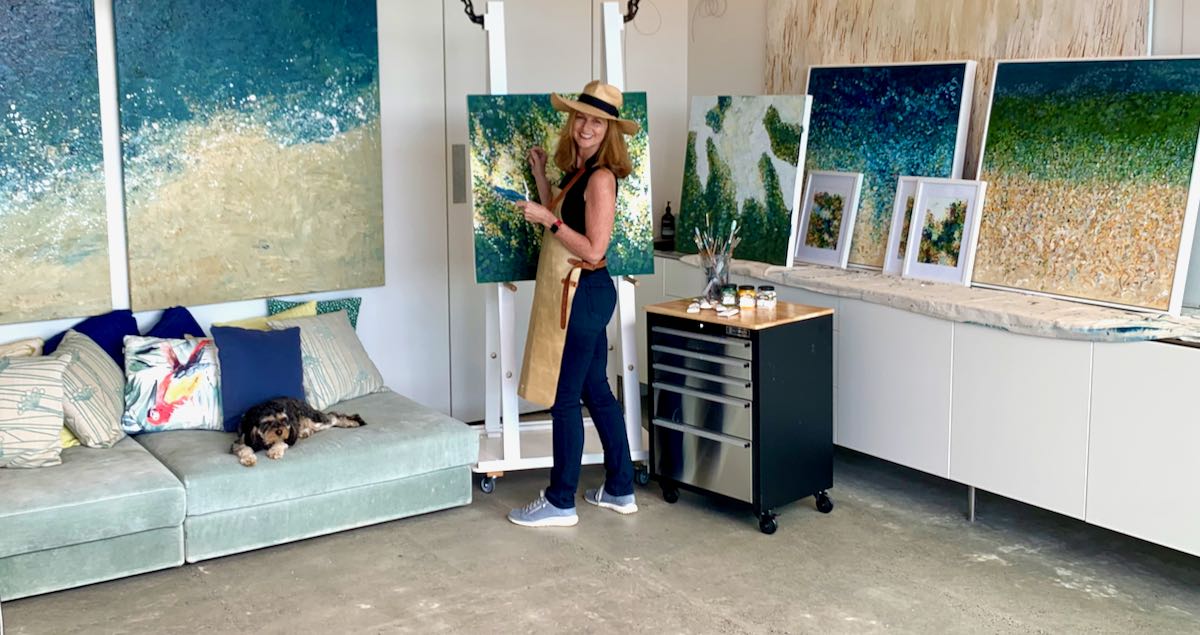 The green planet, the blue planet, green, wherever we see the gardens, the outdoors, the bush, the rainforest… Green equates to growth, it inspires imagination and represent the essence of life.

“Green is the prime colour of the world, and that from which its loveliness arises,”
Pedro Calderon de la Barca, the Spanish 17th century playwright.

Green is the colour of nature, the life-giving force that governs the rhythm of the world. The ancient Egyptian hieroglyph for green was the papyrus stalk, a plant that grew abundantly along the banks of the Nile River. In Islam, green is a sacred colour representing paradise. In the west, green is associated with the coming of spring, renewal, and with youth. The expression “To be green,” or inexperienced, dates back to at least medieval times. In contemporary art, green brings vibrancy, vividness, and vivaciousness.

“The artist who pictures sounds as colors, who feels the difference in microns between one sea green and another… is not attending to what the world considers important.“
Eric Maisel, American psychotherapist, teacher, author, b. 1947

Throughout the centuries, green pigments were notoriously unstable, green ochres or earths were naturally dull in hue and green plant-based dyes lacked lightfastness. Ground malachite was more successful and was frequently used in illuminated manuscripts. Verdigris, a synthetic copper-based green was highly unstable, corrupting surrounding colours, but its luminous chroma encouraged artists to preserve with it.

The 17th century artist, Samuel van Hoogstraten complained, “I wish that we had a green pigment as good as the red and yellow. Green earth is too weak, Spanish green, verdigris, too crude and ashes, verditer, not sufficiently durable.” It was not until the 19th century that stable luminous green, such as viridian and cobalt green became available and were widely used by artists despite being laced with toxicity.

When I look at the greens I have in my palette, there must be twenty. It is not as simple as blue and yellow mixed together. It might have crimson, purple or orange which creates vastly different hues. But each green that I create for a canvas has a uniqueness and a specialness that brings each canvas to life in these contemporary artworks. 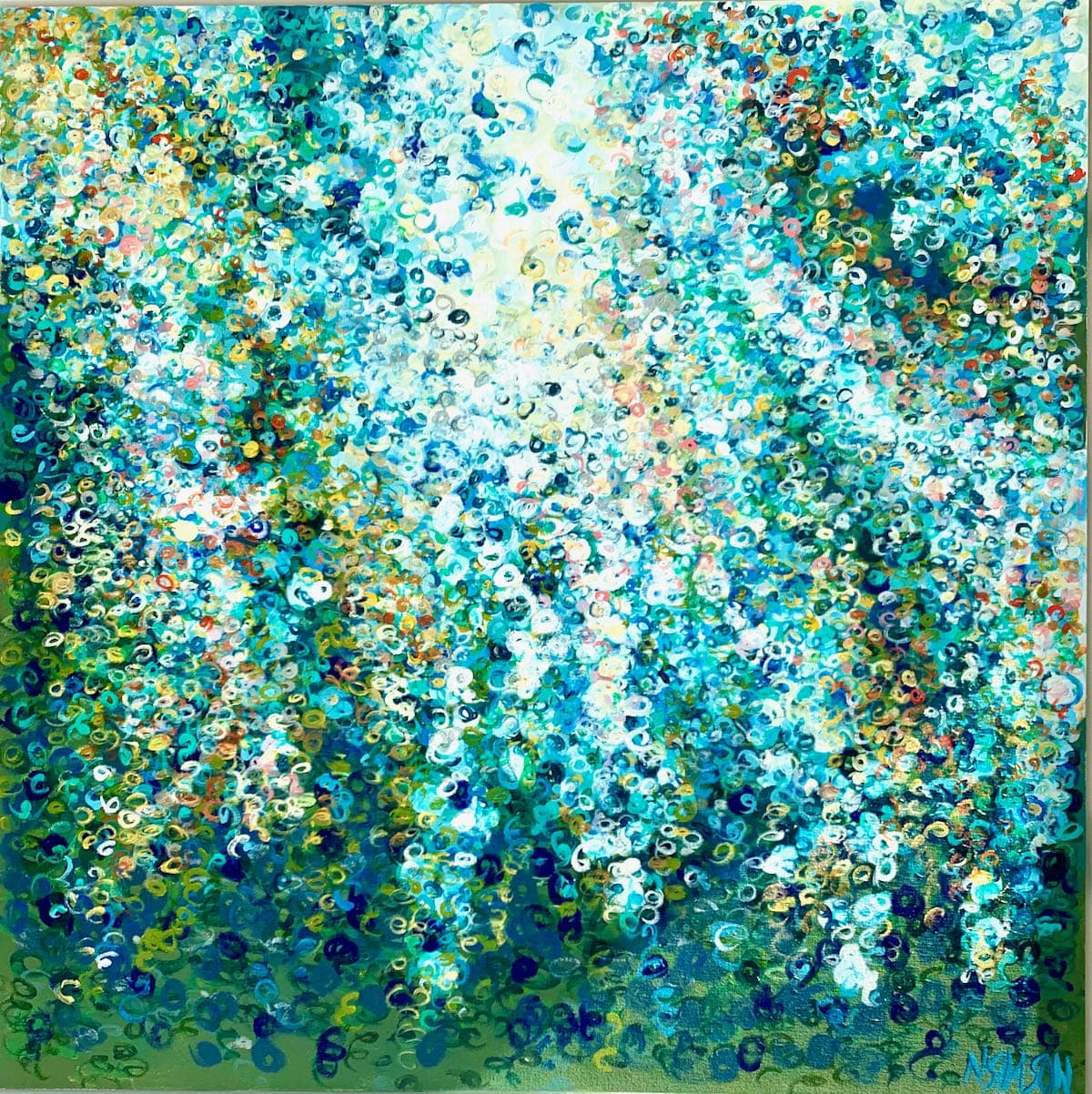