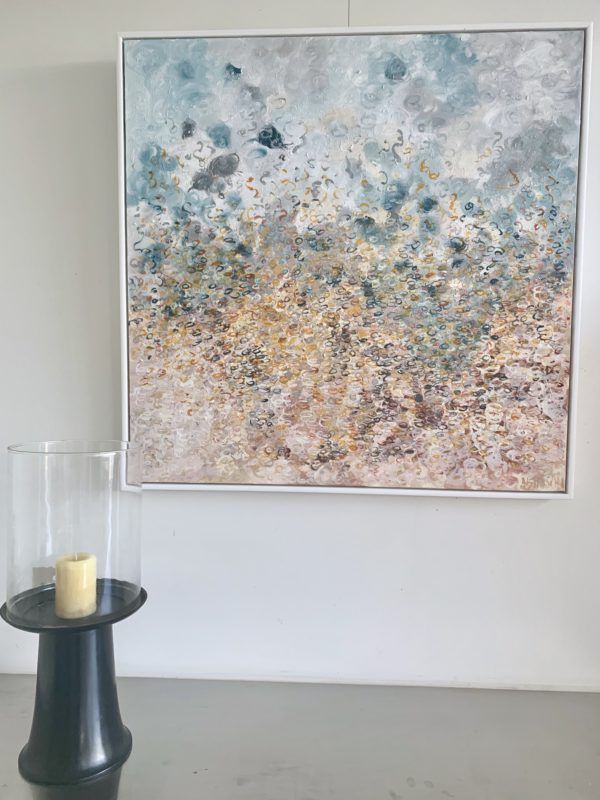 Grey is a colour to contrast

“The color of truth is grey”

Andre Gide, French author and winner of the Nobel Prize in Literature, 1869-1951

Grey is not a colour that I use often in my pallet, it usually has some other tones, whether that be green or blue, but pure grey, of white and black has a very important role to play in the works that I produce.

In Australia we have a vastness to our horizon and often big broad blue skies, yet the deep dark greys and subtle grey of the Australian bush offer far more than a shadow or contrast – it adds drama. You will see in my paintings grey as an influence to contrast the brilliance of the colours. Grey is a neutral or achromatic colour made from black and white both neutral.

On its own, grey can be either calming or oppressive depending on its shade, but in many contexts, grey is an important support as a soothing foil for intense vibrant colours to enhance the quiet effect of softer colours. Grey is neither completely dark nor completely light, and has often had negative associations, a grey mood, a grey environment, or a grey scale, and yes there are more than ‘fifty shades of grey’.

Grey is the color… the most important of all… absent of opinion, nothing, neither/nor.

It is linked with conservatism, aging, negative emotions and the grey business suit, a symbol of conformity. However, in recent years, grey has experienced a revival in popularity. No longer seen as the fusty and conservative, grey has taken on an understated elegance, a cool chicness and has become a go-to colour for interior designers.

“If you take an intense colour and put an intense complement next to it without greying it, it’s very hot. The grey allows the eye to do the visual mixing.”

Grey as a backdrop to a vivid and brilliant painting can alight any room. Grey is the colour most associated with urbanism and the built environment due to the dominance of grey materials in the city, landscape, concrete, timber, bitumen, steel, aluminum, tin and zinc. In fact, in Sydney, the grey of the Harbor Bridge is a dominant feature in our city. In fact, the exception of copper and gold or pure non-alloyed metals appear Grey due to the similarity of the atomic makeup, which determines the wavelengths of their re-emitted light and thus, how we perceive them. Grey is a wonderful contrast for vivid colour. We need grey.

“Without rain, we have no rainbows”.

Grey adds drama in these artworks